In an era of unprecedented uncertainty, Guernsey offers a steady jurisdiction based upon a constitutional relationship with the UK stretching back over 800 years, more than 50 years of experience as a finance centre of choice for funds business, and more than 40 years of experience as a third country operating outside of, but in close partnership with the EU – something that the UK will aspire to post Brexit.

Much has been said about Brexit over the past couple of years and the issue is still far from being settled.

Brexit has posed much uncertainty in the financial services sector both in the UK and the EU and it is likely that this uncertainty will prevail at least into 2022.

Opportunities to use the well-established AIFMD and UCITS route for fund marketing in the EU are likely be lost to UK promoters, and fund experts in Guernsey say that the island is ideally positioned to take up this business – and debunk some funds myths at the same time. 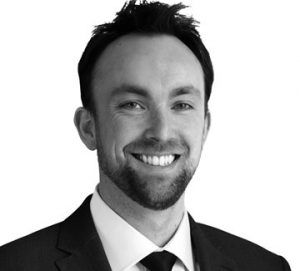 “These figures expose the UCITS myth [that UCITS is the only real option for fund structures sold in Europe] and prove the AIFMD passport is not all it is promoted as”.

“The National Private Placement Regime (NPPR) has been successfully used many times for marketing into Europe and is a well understood path used by managers and promoters for distribution that is supported by Guernsey-based service providers”.

“NPPR is an effective alternative, particularly where a manager has a targeted list of marketing jurisdictions. Guernsey provides quick, effective NPPR access to more than 70% of the nominal GDP across continental Europe.”

Christopher Jehan, principal of funds consultancy Midshore Consulting, said that Brexit would require the UK to go on a learning curve which Guernsey has already gone through.

“While Guernsey is and will continue to be a good neighbour to the UK, the UK will have to learn to be a third country in relation to the EU. Guernsey is a mature third country and as such will not have the learning or positioning the UK will need to go through in re-establishing itself as a non-EU jurisdiction”.

“The UK and Europe are working on some temporary measures, but this does not provide a long-term cross-border solution for fund managers. If it is certainty you require then these temporary measures, although welcome to UK managers, promoters and placing agents, do not provide the stable, proven solution that has always been available in Guernsey.”

Managers, promoters and placing agents needing some level of certainty in planning their fundraising over at least a five-year period, should recognise Guernsey as the place to be.

Funds based in Guernsey are distributed globally and the fundamentals upon which Guernsey’s fund industry is built are as solid as the granite the island is made of. These include a service-driven, comprehensive infrastructure, stable and internationally-respected laws, stable government, and internationally-recognised regulations.

Guernsey, as a small jurisdiction, has developed its own relationships with the UK, Europe and internationally, not only for distribution, but also for global standards of tax transparency and ultimate regulatory equivalence with EU standards.

The island is leading the way in compliance with anti-money laundering recommendations and tax transparency, and has been recognised by the EU as an equivalent jurisdiction for alternative investment funds and its data protection regime is seen as equivalent to the EU’s GDPR.

Guernsey also offers certainty, speed to market, accessible infrastructure, experienced locally-based providers, and a pragmatic and approachable regulator. The island’s service providers offer a bespoke, service-orientated service to clients, unlike the slower, bureaucratic and more factory-like approach experienced in many of the larger fund jurisdictions.

“While funds based in Guernsey are distributed to investors globally, Guernsey has also been a significant conduit for inward investment into the UK and Europe. We are ideally placed as a jurisdiction to provide certainty to managers, promoters and placing agents when they are planning their next fund,” said Paul Smith, Chairman of the Guernsey Investment Funds Association.

“NPPR via Guernsey is faster, more efficient and more cost-effective than going the full AIFMD or UCITS route.  Many promoters think that they need to have a UCITS or an AIF but, when they actually analyse who their target market is and what they require from their fund, a Guernsey vehicle very often turns out to be a better regulatory fit, and offers a cheaper, faster solution.”

Back to all News

Do you want to contribute?